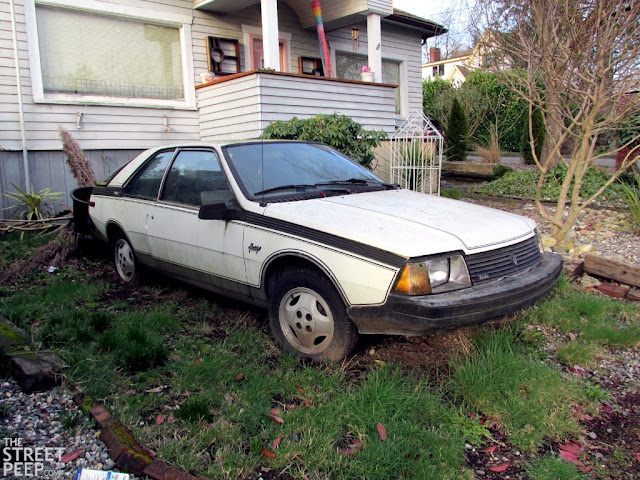 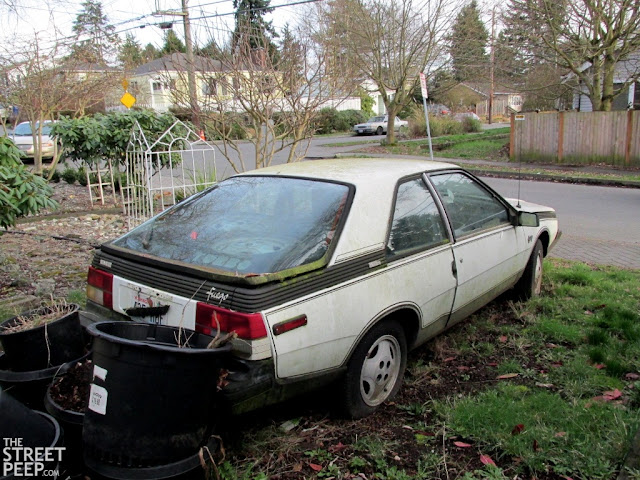 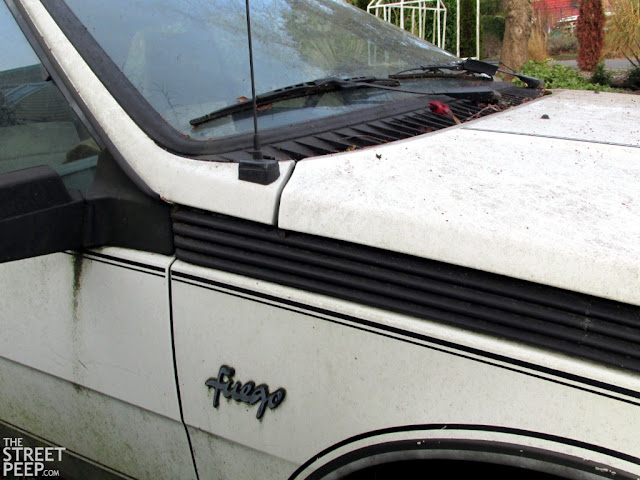 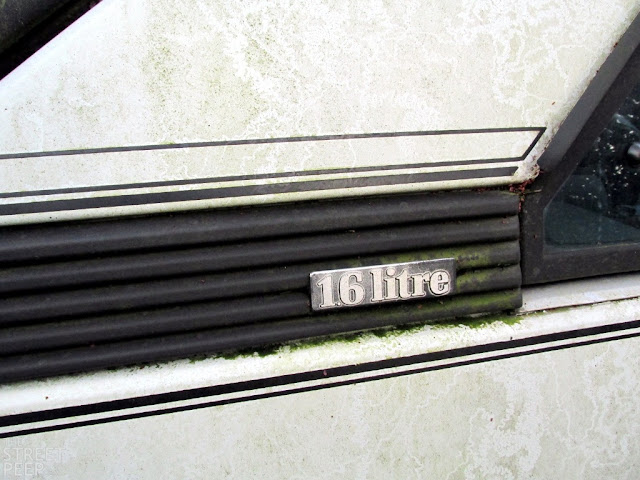 A spectacular sighting of one of the most inarguably influential vehicles of the 20th century. There is a thrilling history to the rubber speed grommet wrapped around the entire vehicle. This timeless feature was taken from a study of the air frame construction of the SR-71 Blackbird supersonic spy plane - the principal inspiration for the Fuego that Renault engineers fastidiously immersed themselves in. Due to the engineering challenges associated with extreme heart generated at unprecedented speed, the SR-71 fuselage panels fit together so loosely that fuel would would leak like a sieve from the Bird while at rest on the tarmac. It was only after the plane took to the air and completed a high speed pass to generate sufficient heat to tighten the frame that it would take on a full fuel load mid-air and begin a mission.

Renault engineers faced a similar with the Fuego, a machine whose very name is a subtle nod to the lessons learned from supersonic flight. Managing the force fed 132 hp 1.6L four presented a world of trouble. Even if the driver was up to the task of at last attempting to keep the powerplant in line (of which we now know, very few were) - composite technology at the time could hardly keep pace with the furious pace of the Fuego engineering team. During extensive testing, heat generated from moving the sled through the air at speeds near and even over 100 mph caused panels to expand and buckle with disastrous results.

In one speed trial, a pilot met his end when a weak point in the front end spectacularly failed. A combination of extreme heat stress from breaking wind up front coupled with the immense vacuum created by a turbocharger gasping to meet the demands of the beast within caused the machine to crumple like a soda can due to catastrophic panel failure. The silver lining of the test was a record 100-0 mph braking time due to a "reverse thruster" scenario as the turbine violently regurgitated the front end it had so eagerly inhaled moments before. That this was the principal method in bringing the mighty SR-71 to rest from its journey to Mach 3 and back was a bittersweet irony that was not lost on the Fuego's rattled test team.

Something had to be done. This tumultuous R&D stage, a period affectionately known by automotive historians as "Finding the Fuego", resulted in a number of ground breaking automotive innovations. Not the least of these was an elastic band fastened between panels around the length of the car. This feature allowed body panels to settle comfortably at rest while still accommodating the immense metallurgic shifts as the machine underwent its paces under a full range of operating conditions. This Fuego is a testament to relentless innovation in the face of extreme adversity, and the troubled lessons of its birth gave promise to a fleet of revolutionary performance vehicles such as the  Ford Probe, Pontiac J2000, and Chevrolet Citation spanning the mid '80s and well into the early '90. Welcome, to The Turbo Zone.