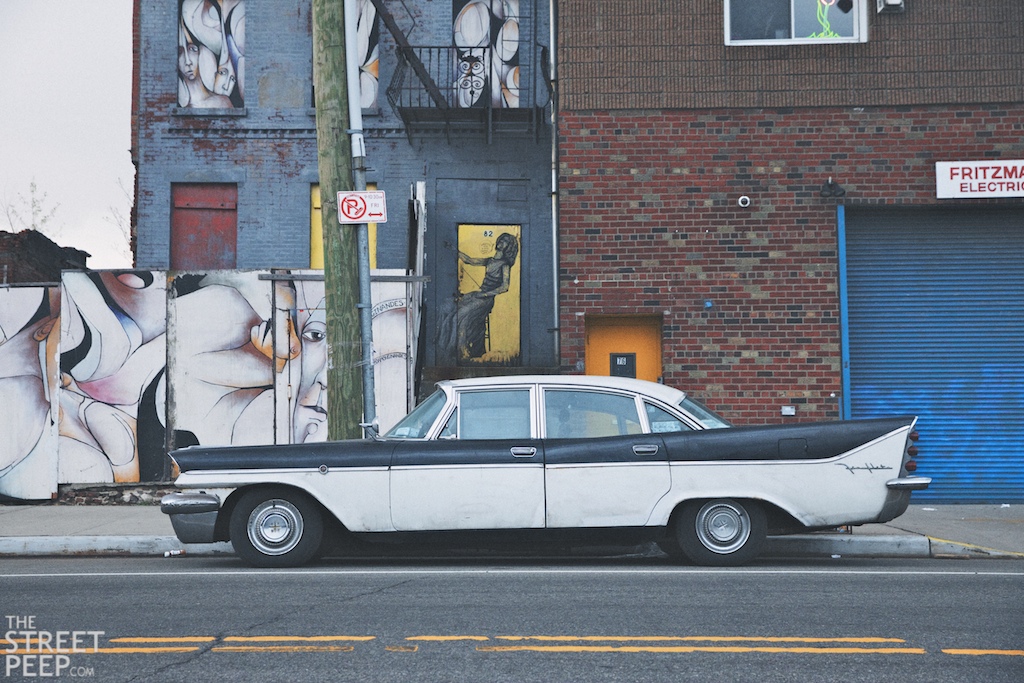 I've caught distant glimpses of a black and white DeSoto rambling throughout NYC three times over the past few years. There can't be too many of these kicking around heated garages and showrooms, and even fewer daily driven and street parked in the city, so I can only assume I finally found the same specimen at rest.

The last time I saw it, paused at a red on Bowery, I shouted a word of admiration to the rustic gentleman behind the wheel who kindly suggested I go and screw myself before blasting the hemi into Chinatown. You don't drive something as eccentric as this without a little character yourself.

The Forward Look-era Desoto is an icon of midcentury American automotive design, a time when the future was bright, gas was cheap, and the fin was in. The Fireflite showed some significant character relative to rest of Chrysler's late '50s lineup. Trim for days, two tone panels, and the flamboyantly stacked tail lights over the exhaust were much less subdued than the single-lamp Chrysler variants.

While this was an exciting vision during Chrysler's glamorous and futuristic Forward Look era, DeSoto's days were numbered and '58 was one of the final fortuitous years. The late '50s were plagued by quality issues across all manufacturers and ownership horror stories following the redesign betrayed consumer confidence in what was a line otherwise renown for reliability. A struggling Chrysler began to look at it's quirky sibling as a confused competitor fighting over real estate in the same market, and by 1960 Chrysler panicked and pulled the plug as it tried to save itself.

The DeSoto empire lives on as long as this Fireflite's crabby captain keeps kicking. 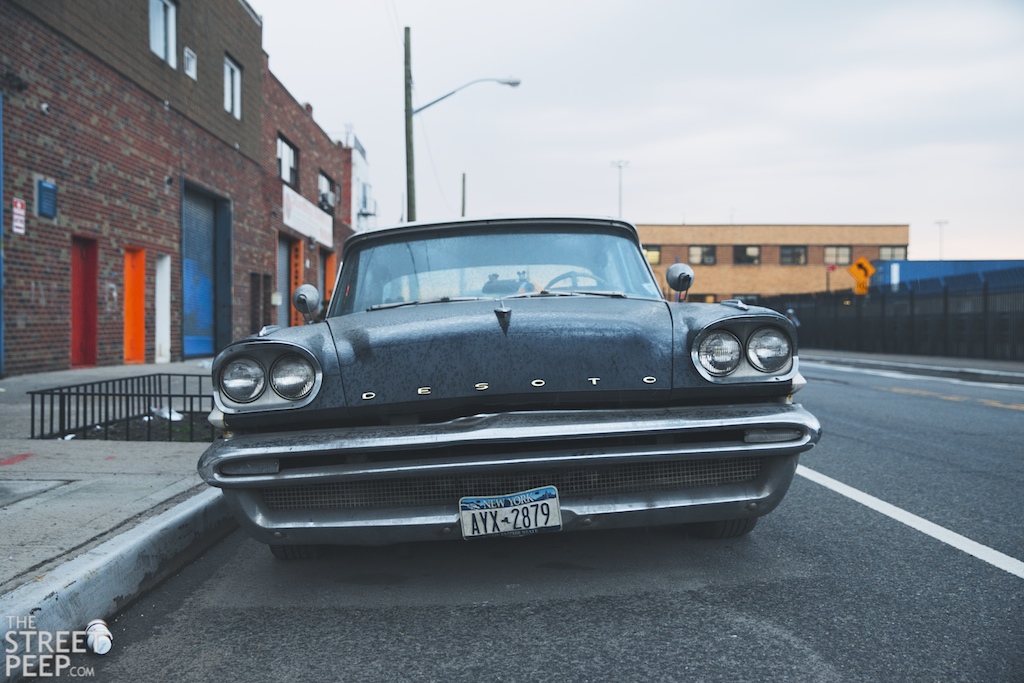 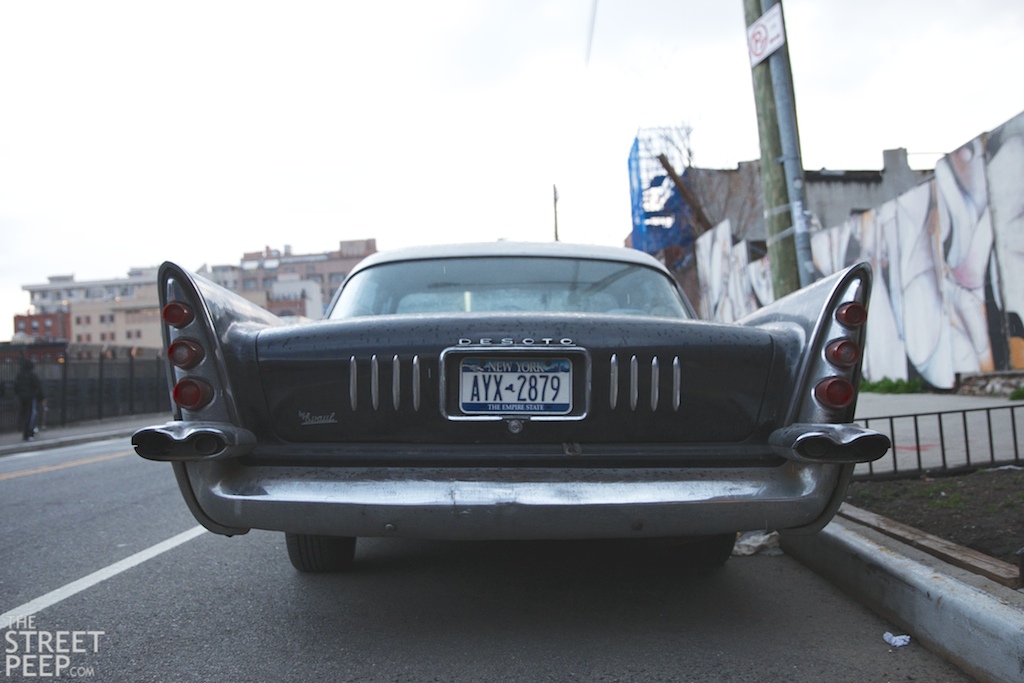 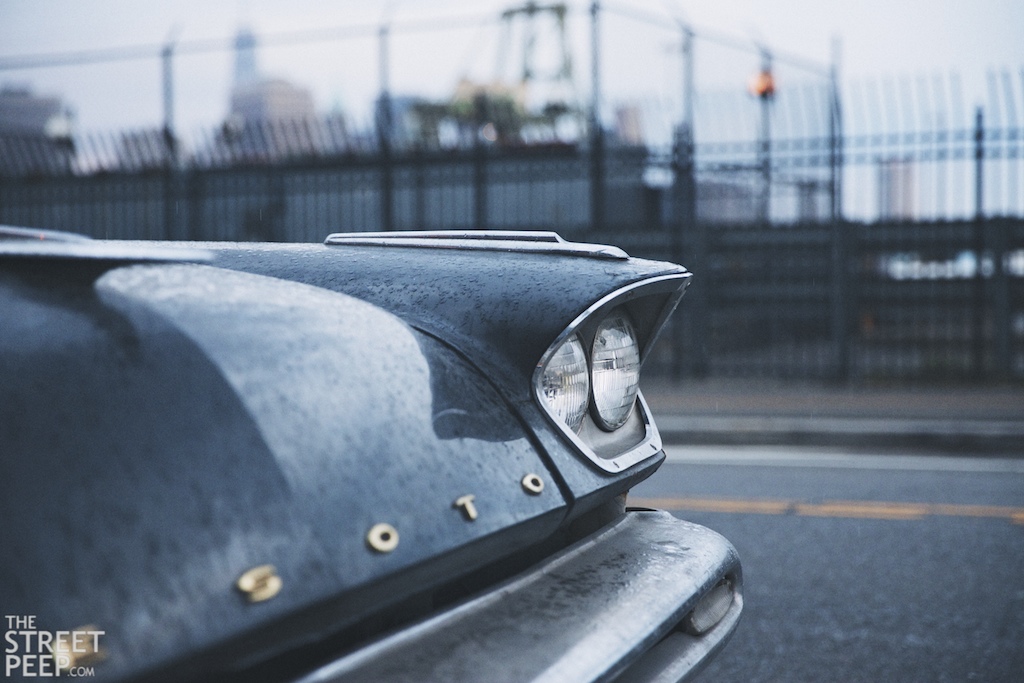 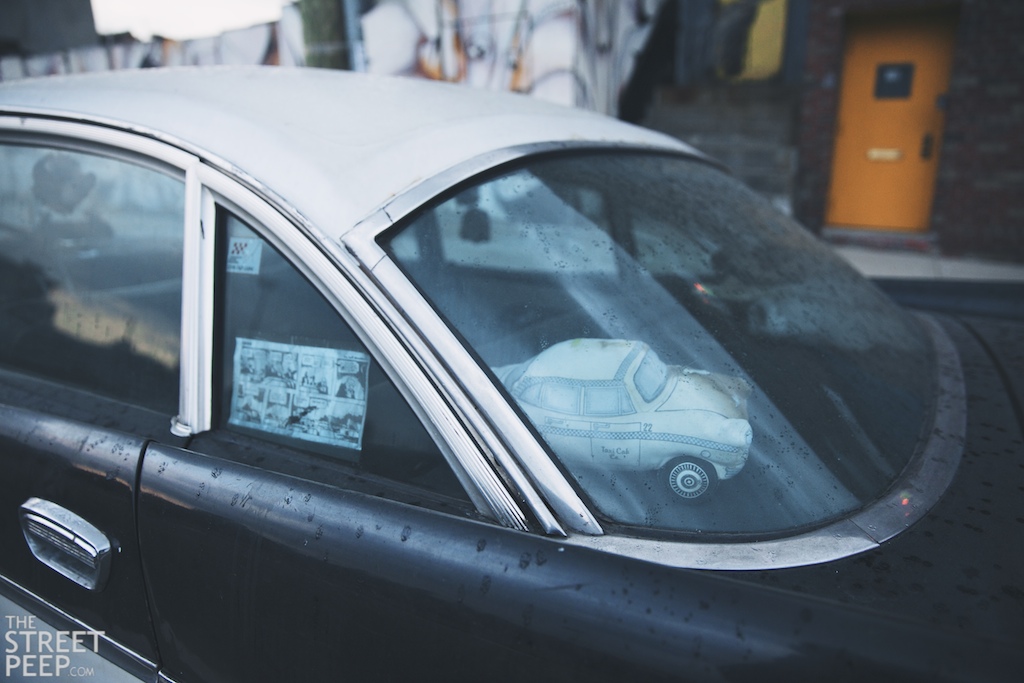 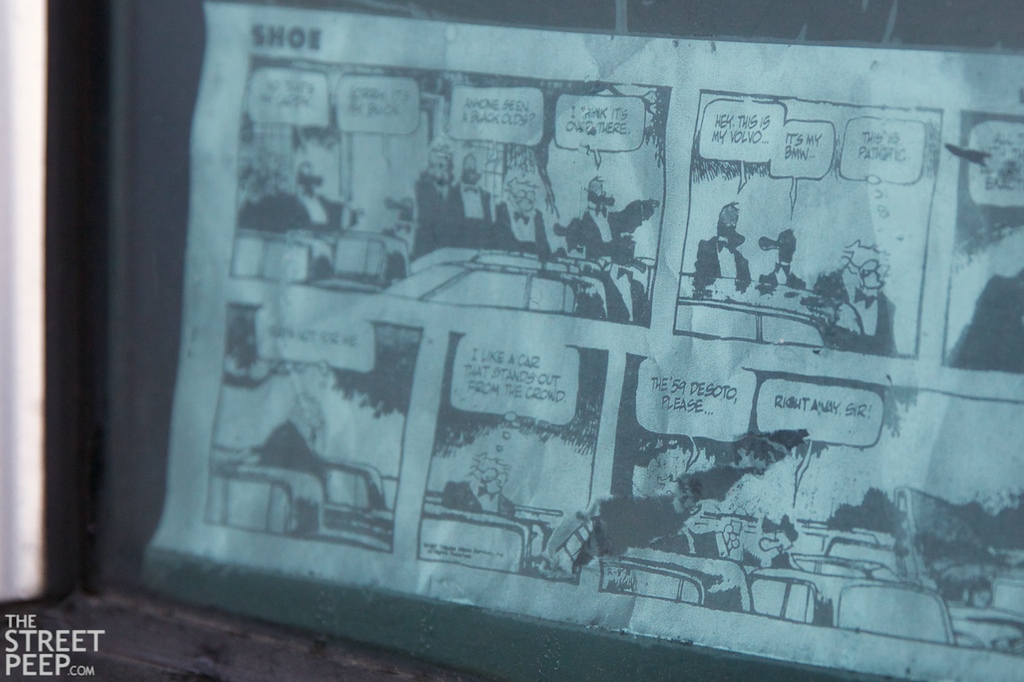 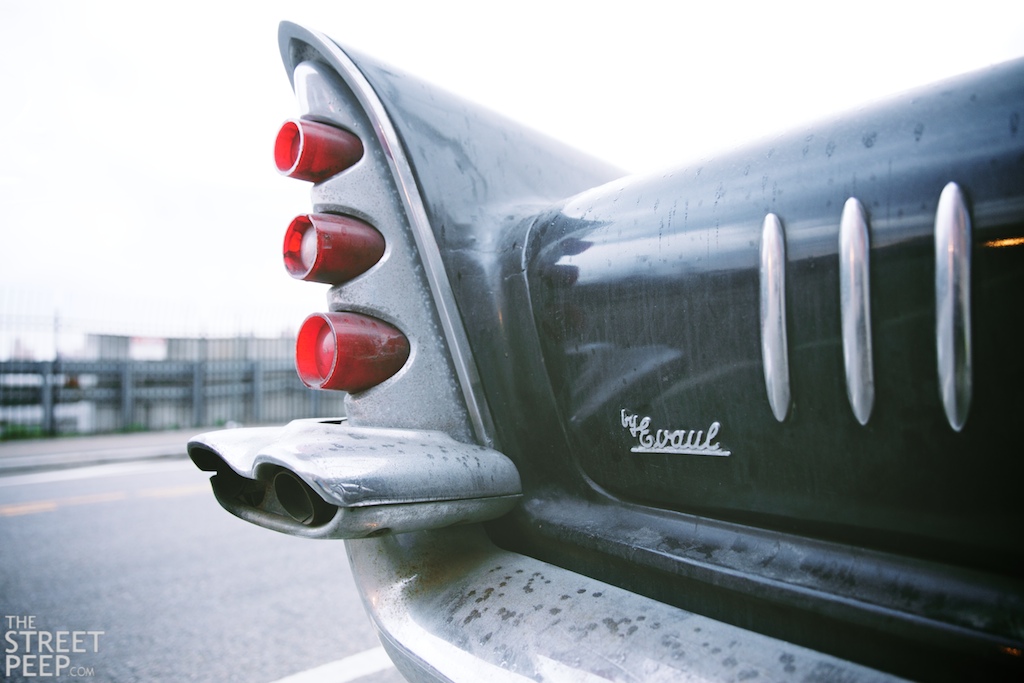 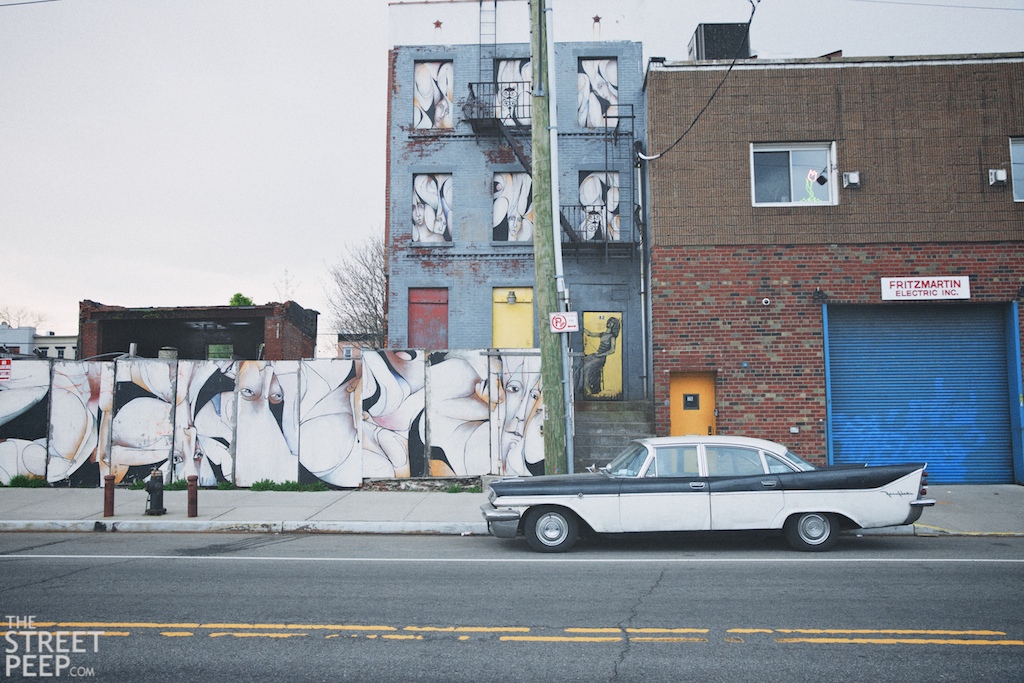 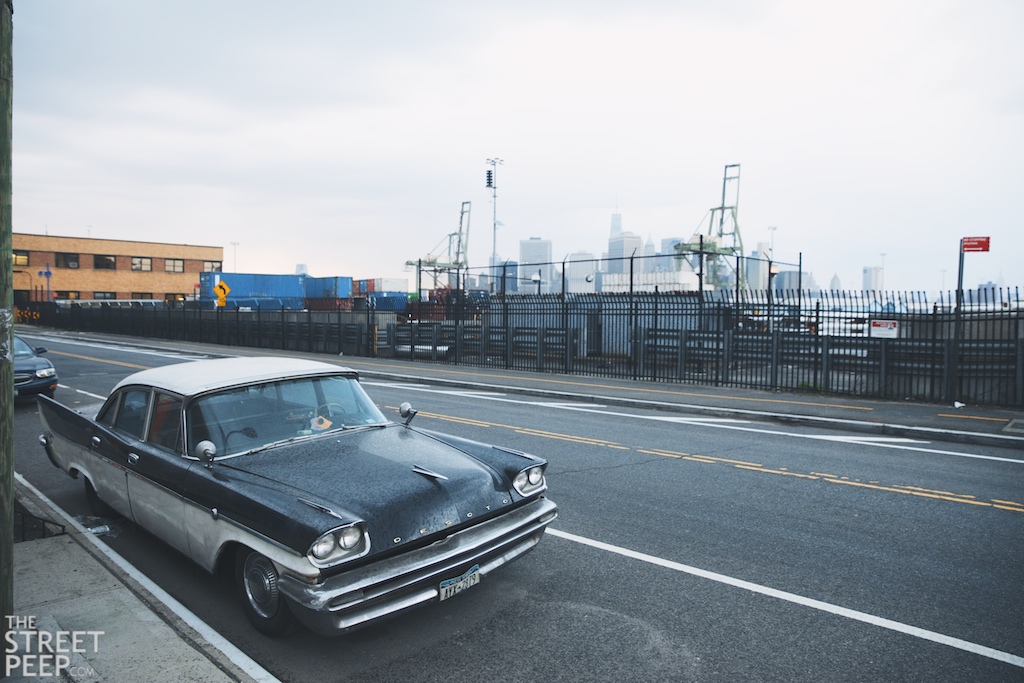 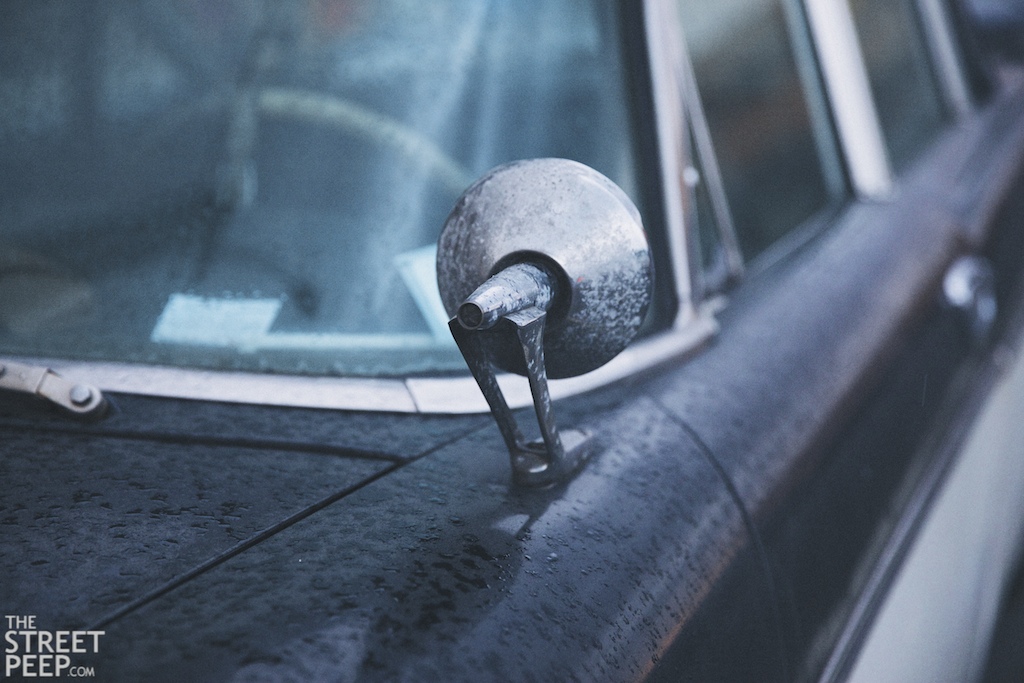 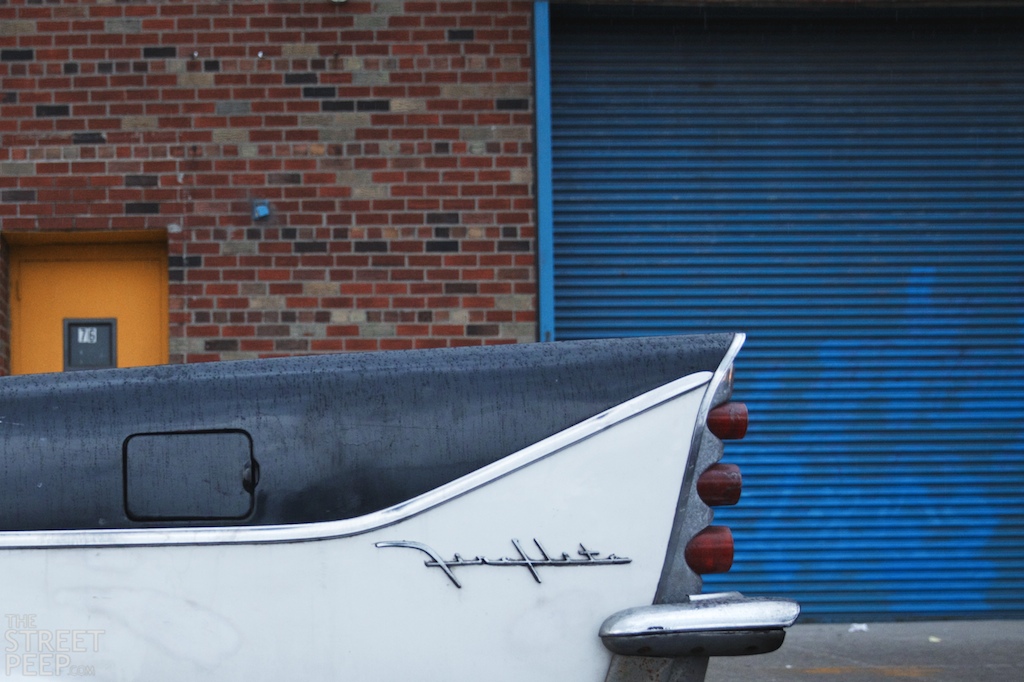 Jack "Give or Take 5 Years" Murray
YOU CAN CONTRIBUTE TOO!