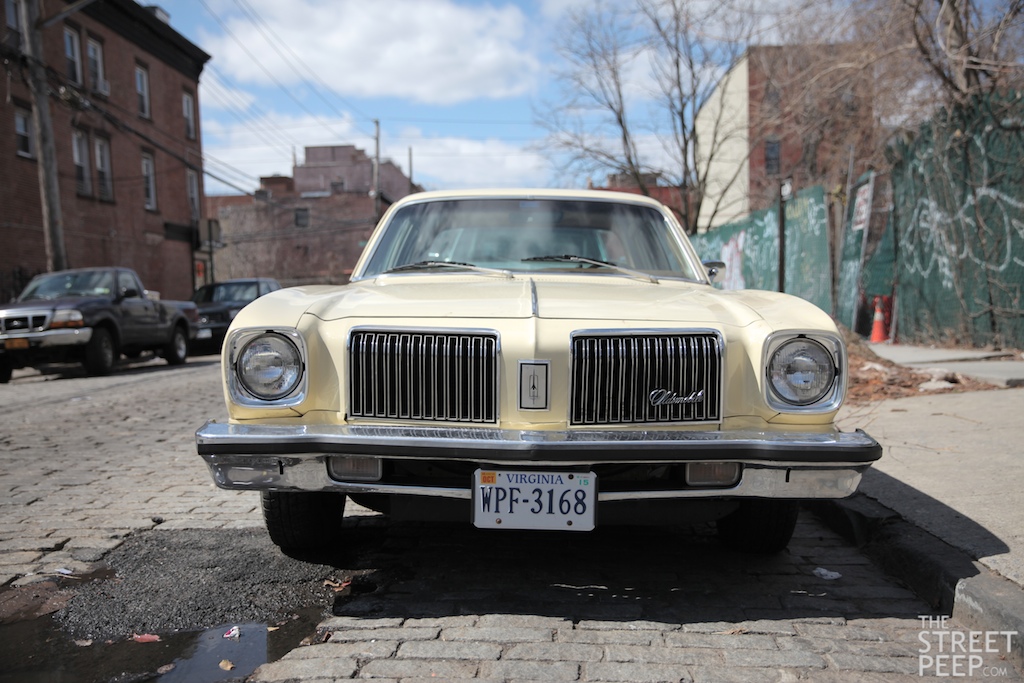 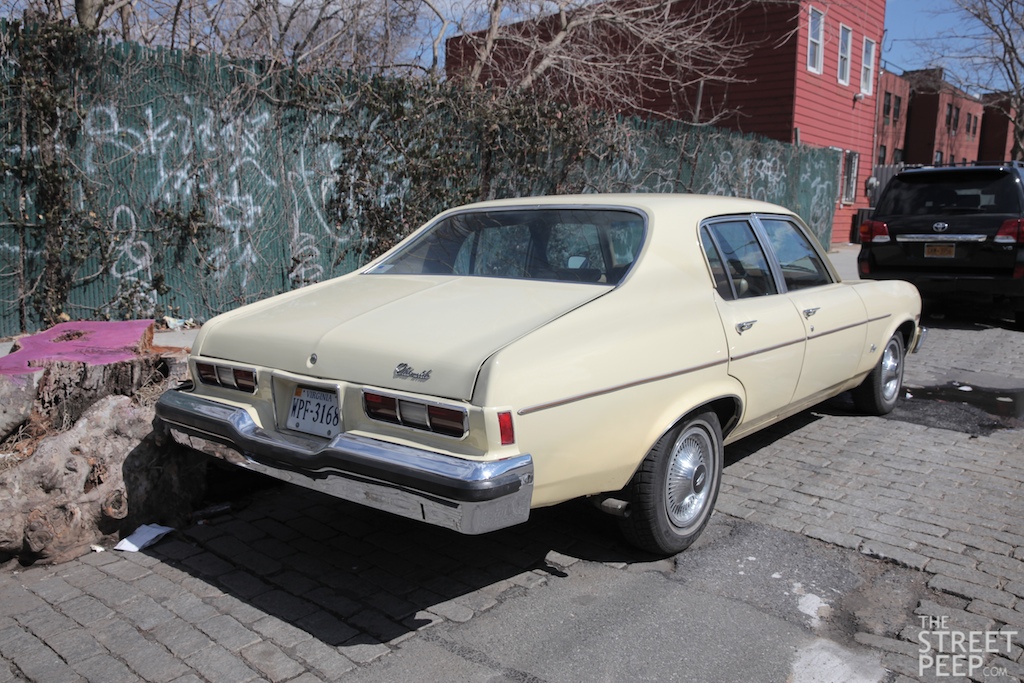 Looks like we're going to have to dust this ad off again. Seriously, what the hell are they doing? Whispering sweet nothings while dry buffing a landau parked on top of a goddamn waterfall? Yes, that's exactly what they're doing. 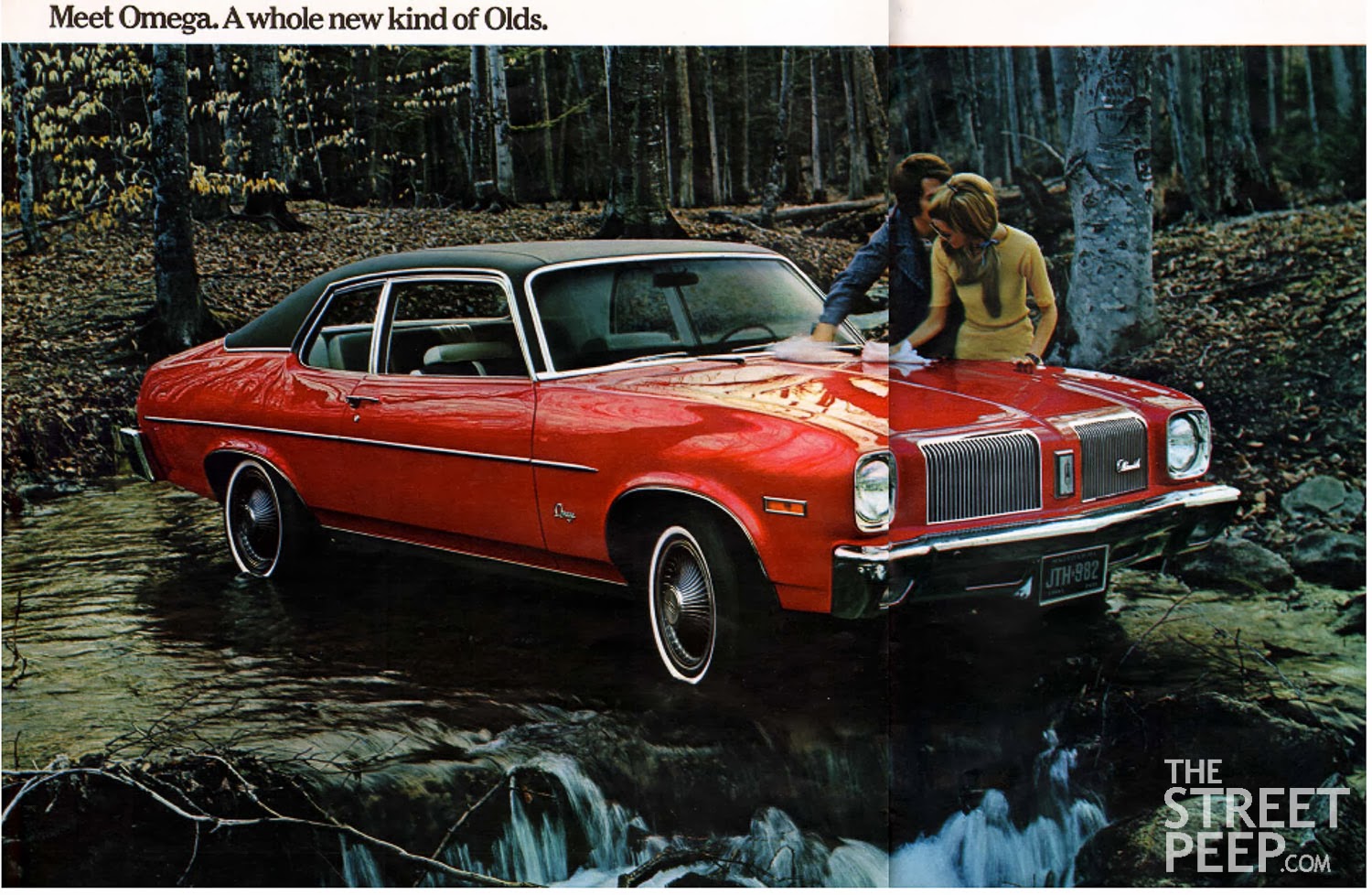 Seeing an impeccable malaise-era steed in the flesh is equally fascinating and perplexing. It's a joy to see an unmolested relic of a simpler era, a time capsule to when cars were made of metallic materials and had a drivetrain that was generally reliable and easily serviceable. Today, most are public safety hazards, exempt from emissions or other standards of decency, rotting in the street and occasionally coerced into going to the grocery store, waiting out the days until the next repair bill is greater than their scrap value.

Every so often you find an unexceptional car in excellent condition, and the interest shifts from the vehicle to the owner. Who owns this thing and why on earth is it in such great condition?

A little digging reveals that this mint Olds is driven by New York Times automotive writer Benjamin Preston who offers some wonderful insight into the history of this example. In a great writeup in Road & Track, Mr. Preston was for some inexplicable reason in the market for '80s to early '90s Buicks, Oldsmobiles, and Pontiacs. Why is not clear - maybe a nostalgic throwback or perhaps an undiagnosed illness brought on by the year's unrelenting winter.

This cherry Omega caught his eye on Craiglist, and with 86k on the clock and nary a tear on the vinyl, he was sold. It was the only car ever owned by the gentlemen he bought it from, who acquired it from the original owner who lived in same building. And there it sat for 17 years, two owners in the same garage basement parking slip, affectionately named Magnolia.

The significance of this boring beauty is not lost on Mr. Preston:


My screaming Craigslist deal turned out to be a piece of rolling New York City history. I had picked up the kind of everyday car that a plainclothes police detective or school teacher or neighborhood priest would have driven through the mean streets and over the years ushered inexorably toward its fate as a battered pile of rusty uselessness. The sort of car you see in all those old Kodachrome snapshots of life in the Big Apple when lapels were fat, glasses turned dark in the sun, and people smoked cigarettes in their fluorescent tube-lit offices. Although most of the others like it are gone, this one had survived, and I was driving it along the Brooklyn-Queens Expressway, blithely unaware of the horde of slow-moving Pruises, battered GMC Envoys, and other modern nonentities jouncing along the potholed lanes beside me. Perhaps one of them would attain this bit of historical glory someday, too.