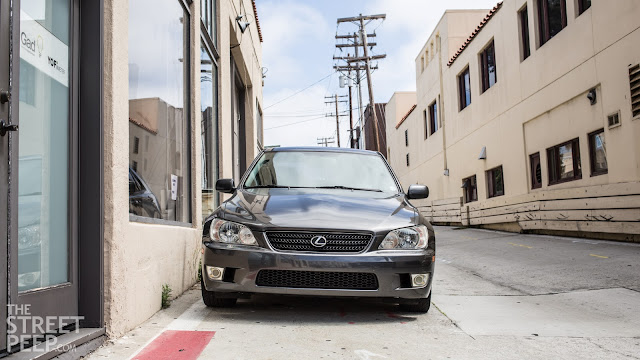 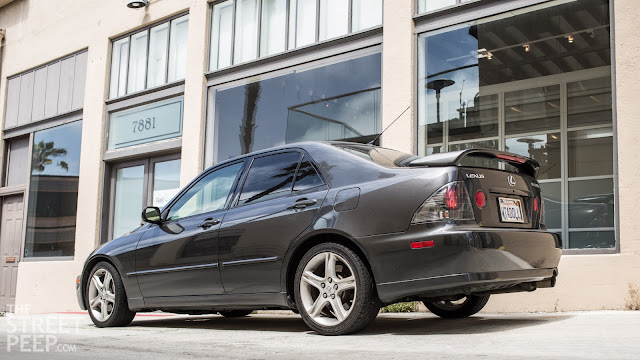 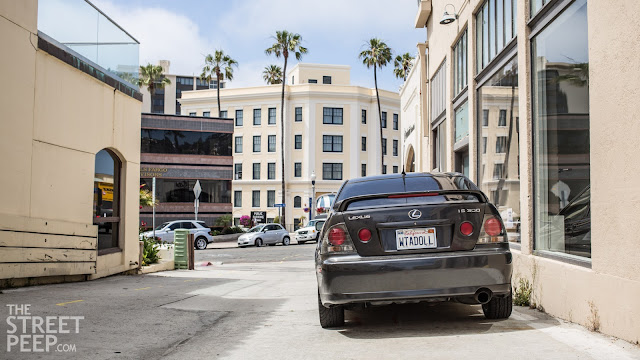 Yes, this is an early 2000's Lexus. Yes, both that time period and marque are inherently bland. However, I've taken a liking to first gen IS300's over the past year or so and did a little reading on them. When these were new, they were just another upmarket Japanese sedan nipping at the heels of the Germans. But with a decade between now and when these were still in showrooms, I think they've settled into the landscape quite nicely (almost more so than the equivalent E46).

Styling-wise, the IS300 is as good as an early 2000's sport sedan can get. Overall, it is hugely understated. The low belt line (especially by today's standards) gives way to a well-proportioned greenhouse. Each end sports well-balanced features (save for the lights in the trunk lid) and the flanks don't have any overly concave or convex surface treatments. The subtle bulge in the hood suggests that it's got a real power plant below – the same 3 liter inline six as found in the Mk IV Supra, putting out the same 220hp.

I feel as if I'm defending a decade-old Lexus within the context of THE STREET PEEP. We've spoken frequently of somehow incorporating some newer cars into the blog, but haven't found the right way of doing it. So I'm trying out a FUTUREPEEP tag: cars we may be PEEPing in 20 or so years.