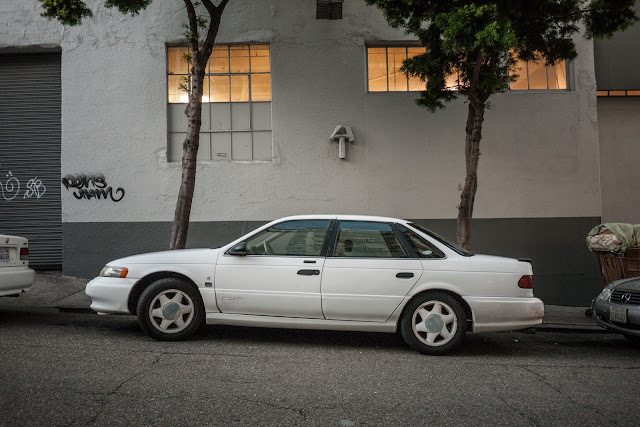 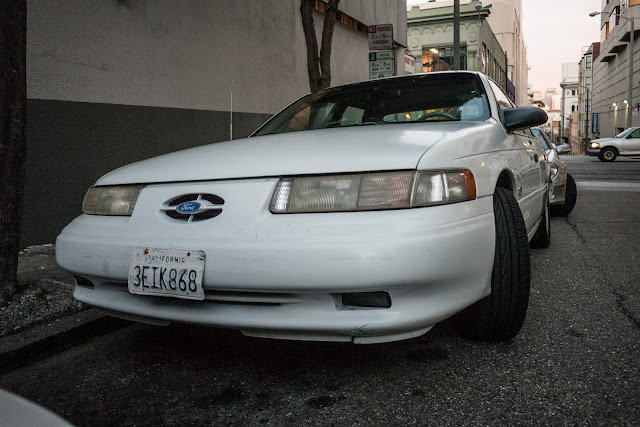 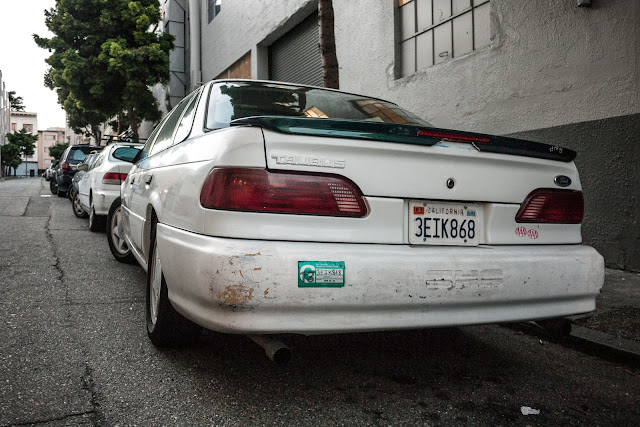 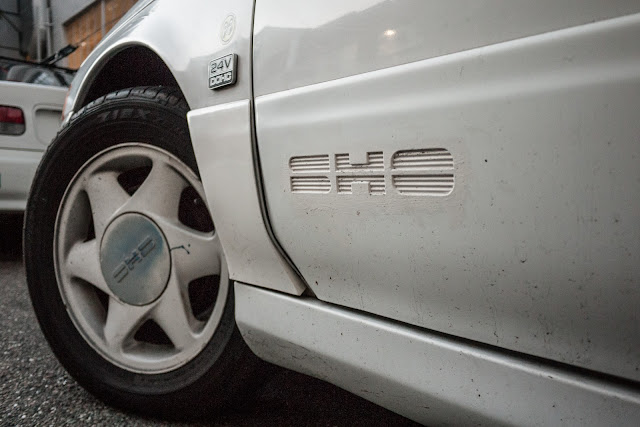 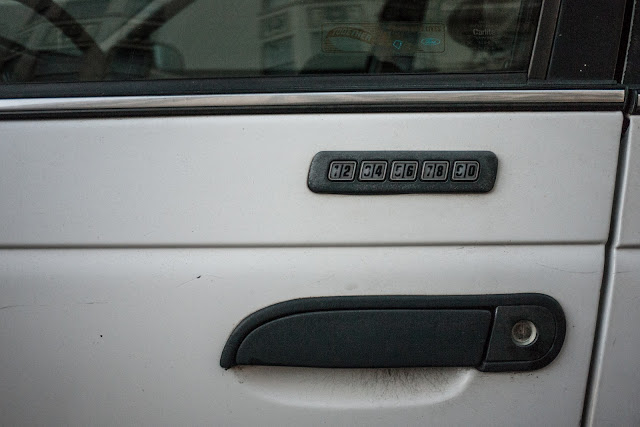 This guy Nick I knew in community college had a '90 SHO. Nearly a decade old at that point, it was in pretty rough cosmetic shape which he tried to mitigate by stripping it and spraying it with grey primer. Despite its unseemly appearance, he kept it in tip top working order. We would often cruise around during lunch or breaks, looking for guidos* in Fox Body 5.0's or IROCs to toy with. Generally lauded as one of the great factory sleepers, I can personally attest to the SHO's guido-slaying prowess.