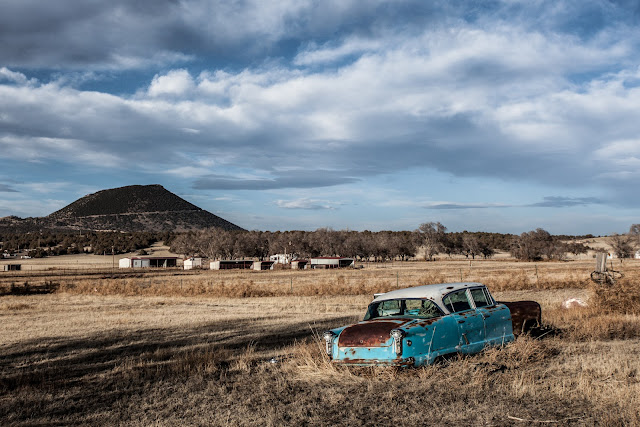 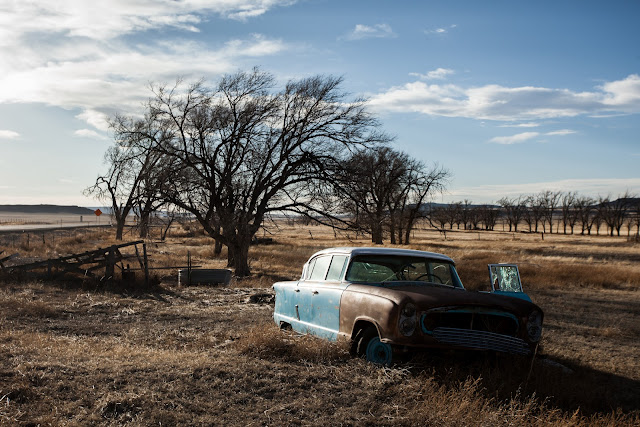 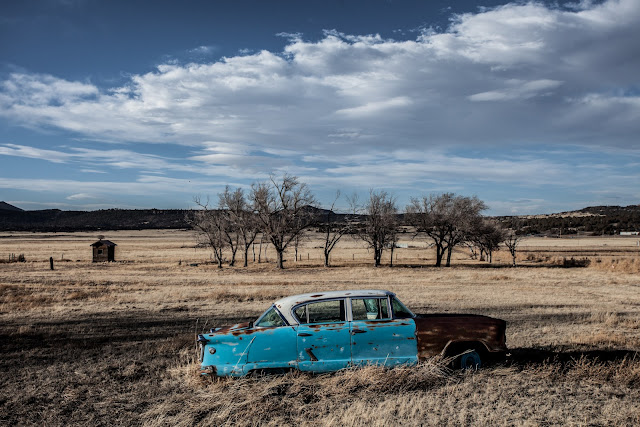 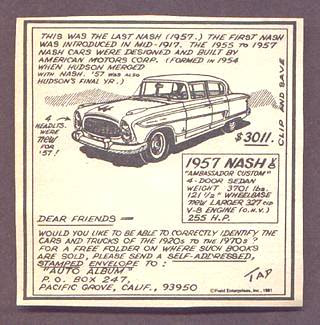 I'm not one to peep rusting old shells in farm country, but this is a 1957 Nash Ambassador. As the cartoon states, 1957 was Nash's last model year. A 1954 merger with Hudson gave way to American Motors Corp (AMC). AMC decided to phase out the Nash and Hudson marques to focus on Rambler.
One of the most innovative 20th century automobile manufacturers (second only to Tucker), Nash has a fascinating history.