I was taking some photos of a cool Ford Supervan outside an industrial arts workshop when I ran into a nice guy by the name of Dead Letter who runs the spot. He asked if I'd seen the Dead Letter Van, I had not, so he told me to follow him. Sliding down a muddy hill behind an industrial shop eagerly chasing a guy named Dead Letter I had met 30 seconds prior to his van, it occurred to me that I had fallen into the opening scene of a horror film. Fortunately, Dead Letter is a very cool guy with lots of interesting projects going on including this wild ride.
The vehicle in question is a 1972 delivery van (I forgot the make/model), with a Mercedes 300D diesel powerplant, airbag suspension, trick wiring, one-off oil drum engine cover, and a custom fold out platform. Dead Letter uses it to deliver Pirate Mail across the country, as well as make the annual pilgrimage to Burning Man. Thanks for showing me around Dead Letter! 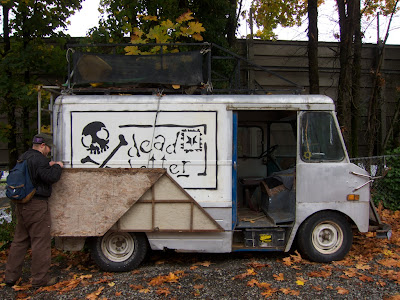 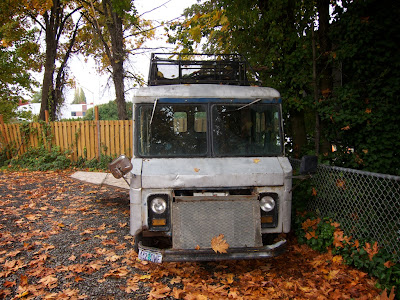 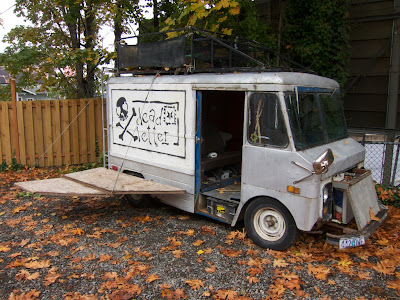 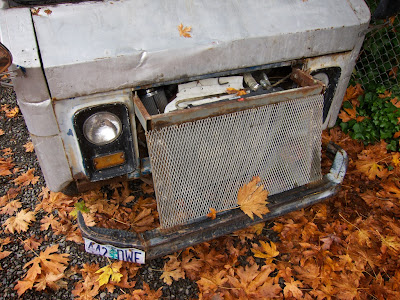 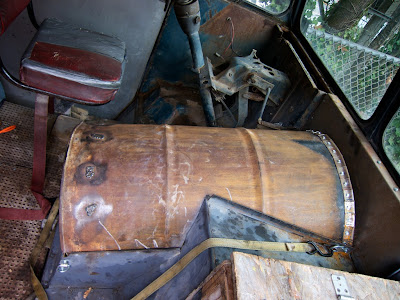 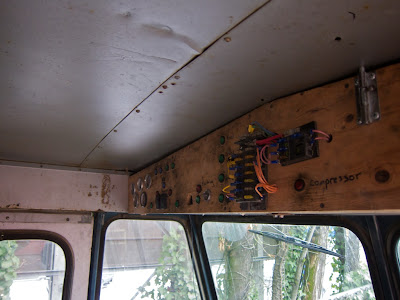 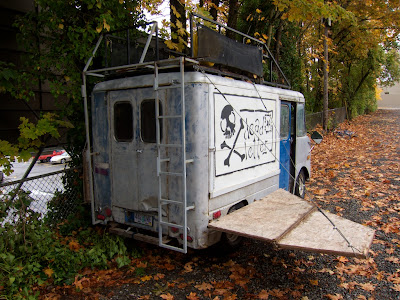 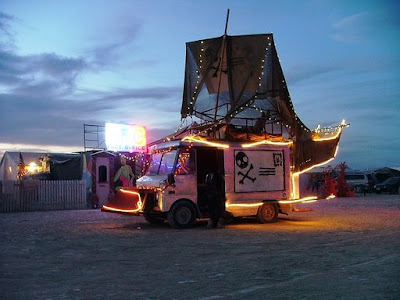